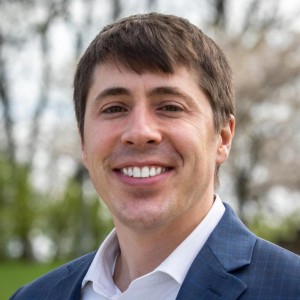 Why the real estate market is red hot, and why it’s still a great time to buy a home.

Real estate has long been an undervalued asset.  Historic real estate returns over the last half century have only been around 5%.  That’s barely keeping up with inflation.  When you factor in interest, taxes, and insurance, it’s about equivalent to watching the pennies add up on your old savings account deposit book.  Better than renting, less risky than the stock market, and providing the value of use and enjoyment has made real estate a viable investment.  So, what has changed?

13 Years later, we are only picking up where we left off in 2008.  While we have had a huge boom in multi-family construction over the last decade, apartments don’t do a good job of meeting the needs of growing families.  Single-family construction on any significant scale had all but been abandoned, and just in recent years has been kicking back into gear.

Meanwhile, buyers have continued to pile up.  People don’t stop being born, getting older, getting married, having kids, or needing a place to live.  Millennials who should have been buying early in the last decade put off home buying, as they simply wouldn’t be paying for the over valued assets of homeowners that were underwater.  The result was the extremely slow process of foreclosures, bailouts, and ultimately the Dodd-Frank reform act.

During this time many millennials continued to stay at home, rent or continue school.  Some embraced the freedom of not being tied to a mortgage and used the time as an opportunity to travel while they figured out where they wanted to be.  As the job markets started to come back around, Millennials began to get situated again, after a few years of steady employment they were prime candidates to qualify for home loans with small down payments.

Baby Boomers however are living longer and are proving to prefer to stay in their homes rather than move into more senior living areas as their predecessors had.   Many Baby Boomers are even purchasing another single-family home, adding themselves back in the mix with Gen X and Gen Y in the home search process.  Interest rates remain historically low, and it’s often more advantageous for an owner to rent their home than to sell it.

Equity has long since began to return to many people’s stocks and retirement assets.  Many parents have even been willing to transfer some of the returned equity back to their kids in the form of assistance with a down payment for a home.

The pandemic has only exasperated the need for housing and the reluctance of sellers to leave their homes.  People are working from home and looking for improvements to make to their current residence rather than selling.  Many are even looking for extra space, or an additional bedroom that can be used as an office, since the outlook is that many jobs may be remaining as remote work positions for the foreseeable future.

Gen Z will be entering right on the heels of the Millennials who are just now getting situated almost a decade late.  This time it is not a lending bubble as it was in 2008, or the Dot-Com bust of the late 90s.  Rather than seeing the market fall off a cliff as we have before, we most likely will see a slow gradual return to something closer to the historic average.

A crash in the market will not solely be real estate related, and if there is a correction, it will be across all asset classes.  Real estate happens to provide some of the safest protections for recessions. People will always need a place to live and a roof over their head.  Companies will always need room for their factories and store products.  People will always need to go to school and access public facilities.  We most likely will find that people don’t want to work secluded alone at home and will return to offices and retail stores.

While stocks and companies can disappear overnight, real estate is not as likely to disappear.  The 10-year treasury is a good indicator of economic outlook, it shows investor confidence (or lack thereof).  It’s also usually a baseline for the direction of 30-year mortgage interest rates.

The problem we will may face, could be a result of the U.S growing deficit.  At some point, other countries will no longer be willing to purchase the U.S debt.  When this happens the U.S will be forced to raise its interest rates to justify the value.  Over the last year, our dollar has dropped somewhat significantly compared to the British Pound, that shows how the strength of our dollar is weakening in the eyes of the global economy.

The reality is that we are probably growing our inflation rate at a much faster pace than anyone realizes.  However, with low interest rates, once you lock in a mortgage rate the market can inflate all it wants, it won’t change the note you are paying each month.  That is another reason why it’s a good time to purchase real estate and likely why many people are rushing to lock in a good rate.  It’s an ability to hedge against inflation.

It’s unprecedented situation, but it’s unlikely that the U.S will default on its debt, or at least not a scenario I would want to sit on the sidelines for waiting to happen.  Most likely, the national debt will continue to rise, inflation will continue to erode our dollar, and the government will be forced to increase interest rates to justify it.  That could result in a smoother curve back to normalcy than a direct crash.